A series of computer games of the real-time strategy genre, in which several countries (Allies, USSR, later Japan) fight in an alternative universe for the right to dominate the world. It is noteworthy that Soviet Russia, Western countries and Japan are shown here with a considerable amount of "cranberry". So, for example, the USSR has a unit - armored bears, and Japan is actively using transforming robots. The game is in the  top of the best strategies  and in the selection of  military strategies .
The gameplay here consists in the battle of players on limited maps, where it is necessary to rebuild the base, extract resources, recruit troops and, ultimately, destroy the enemy base. In the campaign, the gameplay is a little more varied, and all the plot twists and turns are outlined through video inserts with live actors. 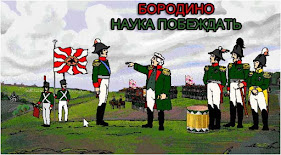 Borodino: The Science of Winning Borodino: The Science of Winning   is a war game based on historical events that took place during the invasion of Russia by Napoleon's Great Army in 1812.  This game is distinguished by the high accuracy of simulation of combat actions and the real situation, based on a detailed map of the area, historical data on the composition, location and characteristics of units that took part in the battles, and the time of action.  Success in battles!
Далее...
- мая 14, 2021

Siberia Series A series of point-and-click quests set in Russia, specifically in Siberia.  The first two parts tell how a girl named Kate Walker searches for the remaining mammoths in Siberia, the third part continues the plot of this story, but there Kate leaves Sire and helps the Yukol people, accompanied by "snow ostriches" in their seasonal migration. The gameplay in the game is classic for the genre - we move around the locations, where we use the mouse to look for active points on the screen.  When such a point is found, the cursor changes its shape, letting us understand what can be done at this point: go from location to location, take or use an object, talk to a character, etc. Most of the gameplay here is occupied by puzzles that have to be solved regularly.
Далее...